Home / Marginal gains; the art of micro-tuning your life

Marginal gains; the art of micro-tuning your life

Monday, January 28 2019
Written By: Mel Crate
So I write this blog as it’s mid-way through January and if the statistics are anything to go by than most of us will have already given up on any resolutions we made. 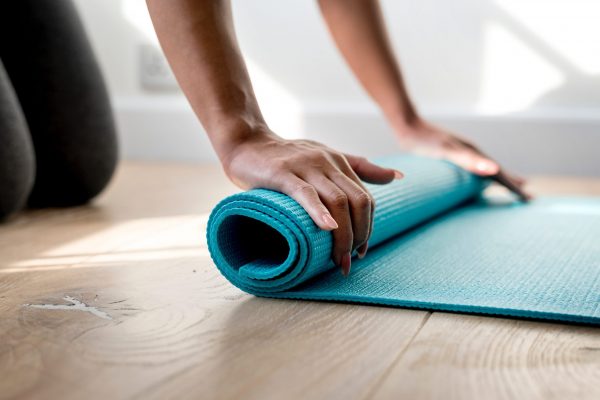 So I write this blog as it’s almost the end of January and if the statistics are anything to go by than most of us will have already given up on any resolutions we made.

It struck me as I climbed over the tightly packed mats in my local yoga studio how many of us really want to make a change. To even get yourself to a yoga class for the first time is no easy thing. But why then, come February, do numbers peter out and those that had such a steely resolve to change their lives on 1st Jan, have gradually digressed back into their old lifestyles and habits?

Well firstly let’s address this idea of New Year, New Me. Frankly I can’t think of anything less realistic than this motion. Of course, we are not going to become a new version of ourselves just because one calendar year is over and another is starting. There is no magic formula in January that is going to make us overhaul our whole lives and become a new version of ourselves. We are still the same people, let’s get this clear, but this idea that we can become someone shinier, healthier and who suddenly loves downing kale smoothies is damaging, because it’s not realistic.

So what is realistic for those trying to make changes? I like to take the marginal gains approach. A theory made prominent by David Brailsford, the head coach for the Sky cycling team who took up that position back in 2003. The idea is to try and improve everything by 1% to produce transformative results over time. It’s not about overhauling everything at once; instead simply tweaking different elements of your lifestyle to produce a better over-all result. You may introduce a kale smoothie in place of your croissant and coffee once a week. Anyone can do that. But trying to change what you eat for three meals a day (plus snacks) all at once is completely overwhelming and why most people fail. Swap one evening of Netflix bingeing a week for a yoga class; great. Saying you’ll attend four yoga classes a week when you currently do zero; probably not realistic.

Try introducing one new thing a week. I realise it’s tempting to jump in with two feet and try to create a new fabulous life for yourself because you’re not happy with the old one, but research indicates time and time again that it just doesn’t work. Or it may work for a select few of us, but I think we can all agree it’s pretty rare. Trust me, total transformation is a concept best left to American makeover programmes.

Our brains have a capacity and habits are very hard to break. Our brains will always choose the easy option; pre-established behaviour patterns means that we can preserve energy for other things. Trying to fight this with willpower is almost like flogging a dead horse; it takes a lot of energy and will probably not produce the desired result.

So here’s my proposition; each week introduce one healthier habit. Maybe this week, it’s a yoga class and next week it might be a breakfast switch-up and the week after that a Monday morning jog. Each week you’ll introduce something small, whilst hanging on to the habit you formed the previous week. Write down each week, what you’re going to change. Evidence shows if we write something down, it’s much more likely to happen. Accept that change will come gradually; you may not have a six-pack by March but you may then be one of a few yogis still on the mat come December. Good luck friends and remember slow and steady wins the race!

Luminate provide wellbeing programmes for businesses around the UK.

You are now signed-up to Luminate Letter.
Thank you for requesting our brochure.
Thank you for your enquiry!
Our bi-monthly newsletter on workplace wellbeing and mental health.
You can download the brochure here.
Someone from the Luminate team will be in touch with you shortly - we promise to respond in 24 hours or less.
Connect with us on social media
Close